Well, there's not much to say about Wednesday really. This was our slog day up through Spain. Great small twisty roads turned into larger straighter roads turned into motorways and the riding became more boring the further north we went except for the occasional good stretch through a mountain pass or such.

The weather also started out very good (as can be seen in the below pictures), but it changed the further north we went and we ended up riding in heavy rain and cold for hours. We tried to get as far north as we could so that we didn't have too far to go the next day. Considering the weather conditions and my condition we made good time. I had developed a bike problem, the Strom was using some oil. I first noticed this in Morocco, but it wasn't getting worse so quickly then, by now though, I was checking oil almost each time we stopped and having to top it up every now and then. We ended up at Valladolid and stayed at "Hostal Restaurante Paco". We were dripping wet and it was the only place we had on the satnav around there, but it turned out to be OK. The coffee was good, the rooms were extremely basic, the beds weren't great, just OK, they had hot water and the rooms were clean. We ate in the "restaurant" which was more like a fixed menu place that only opened at certain times. There were some Dutch truckers and other travellers, it's a sort of motorway services hotel. The food wasn't great at all, but we got fed, were dry and slept well enough.

Some pictures from earlier in the day when we stopped for a break when the weather was still good. There wasn't much else to take pictures of and when it started raining we weren't going to faff with cameras. 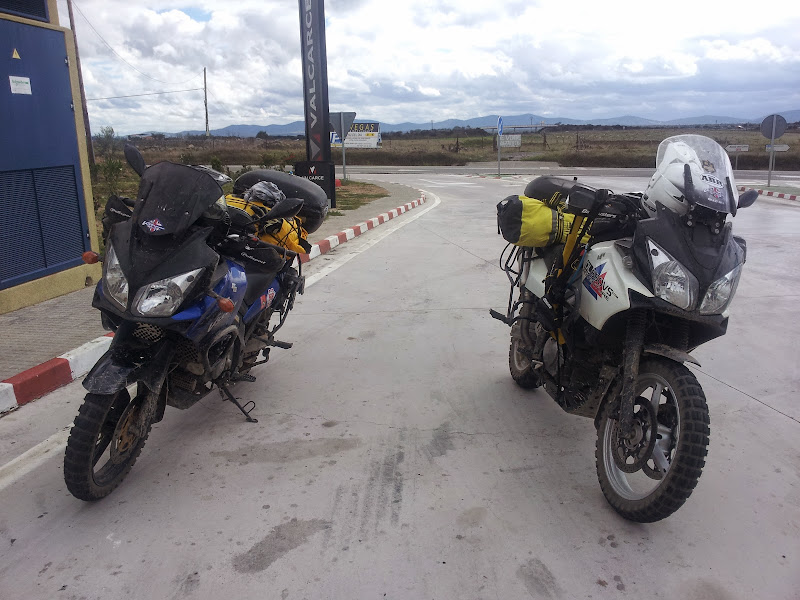 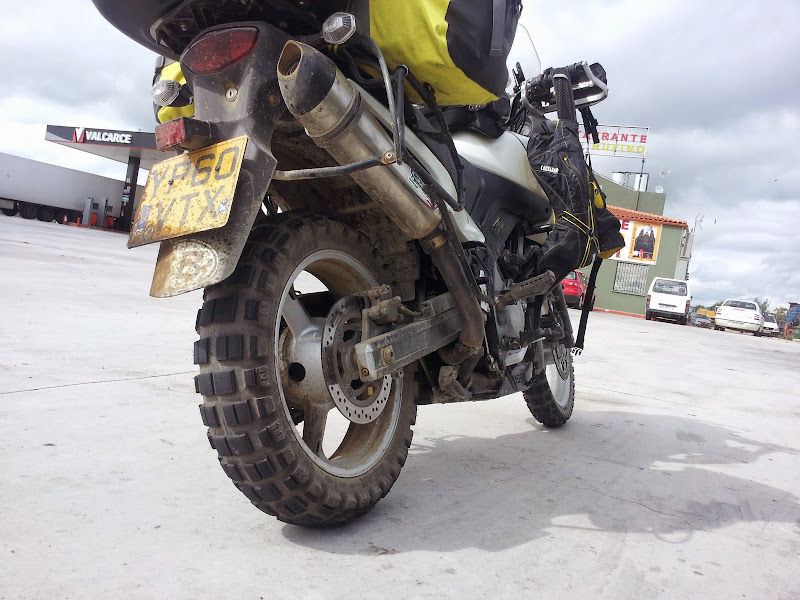 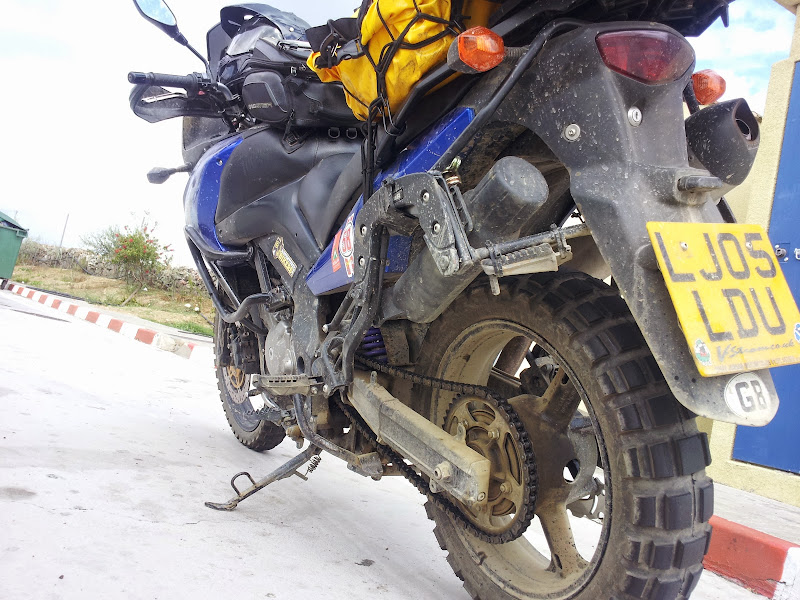 Thursday, 9 October 2014 The weather was still a bit wet, but we had a ferry to catch so…

Tuesday, 7 October 2014 Waking up and hearing the sea is always a pleasant thing for me, this morning…